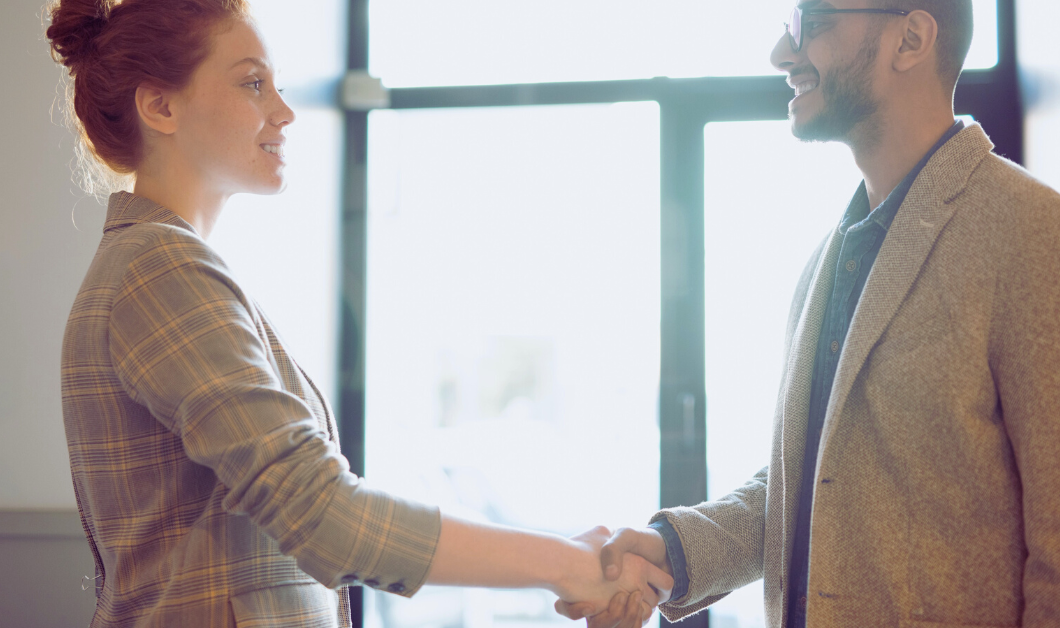 Dana Pratt is a networking evangelist, but she hasn’t always been that way. Early in her career, a mentor challenged her to talk weekly with several hiring managers each week. At the time, it sounded like an absolute pain. But somewhere along the line, she changed her tune. It might have been when her college roommate walked Dana’s resume over to her next-door neighbor—and he basically hired her on the spot.

Dana is now the Principal of DCP Training & Talent Development, and she’s passionate about networking because she has seen it work for herself and others. Dana reminded us in a recent Mulberry Conversation that while networking is vital to your success, focusing on the end game of your networking efforts will most often lead to disappointment.

Benefits of Internal and External Networking

External and internal networking are effective ways to get noticed and advance your career. When you’re on the hunt for your next role, networking can help you assess a company’s culture in ways a job description never could. Meeting prospective team members and learning about the culture before you start is a great first step. Follow it up by building relationships with other teams in your new company after you start. The relationships you build as a professional are just as critical for your success as the skills, experience, and other credentials you build.

The film industry is a great example of networking success. Independent professionals come together to do a project. They are highly committed to it while building relationships, learning new skills, and looking for the next gig they’ll move on to when the current one wraps up. Try picturing yourself as more of a “free agent” supporting your company’s mission and values because that’s where you are right now—while keeping in mind your “big picture” beyond your work with this organization. Those relationships can’t be underestimated if you want to get to your big picture faster.

However, networking isn’t only about getting a job offer: it’s about doing your job better. You increase your visibility and value by forming relationships and gaining insight into how things get done. For example, one of Dana’s past colleagues made a New Year’s resolution to go to lunch with somebody in a different department every day. When it was Dana’s turn to meet with him, she discovered how much insight he was getting into other parts of the company. He started to notice where money was being spent, where efforts were being duplicated, and where there were opportunities to collaborate across departments. Because he could see what was happening on a larger scale, he had useful input for leadership decisions.

While some companies have dedicated time for networking during events or mentoring programs, others still need to. Consider waiting for opportunities or finding your own by scheduling meetings or speaking with colleagues during your lunch break.

External and internal networking will pay off at different times, but you should do both throughout the year to keep your connections strong. Indeed, you never know who’s connected to whom and where the next job, opportunity, or game-changing information will originate. When you’re clear about your goals and start reaching out with those things in mind, the right people will begin to find you.

Network to Build Your Reputation and Personal Branding

Job seekers spend so much time working on a resume to get in front of the right people; building your network is just as vital to a successful career. What we do daily establishes how others perceive us and talk about us. When someone says, “I need someone to do X,” it’s usually not your resume that puts your name on the tip of someone’s tongue. It’s something you did for them or your work on a past project. Networking is putting yourself in a position where people will think of you and say, “I know the perfect person.”

Networking can also be instrumental in helping you strengthen your personal brand. Try this; in your second or third meeting, ask your contact how they would describe you—and do the same for them. You’ll get a clear sense of how others perceive you, may hear new language to describe your qualities and skills and will gain new material you can use to further your career.

Finally, networking check-ins are opportunities for relationship repair. You can use these meetings to address tension, take responsibility for where you’ve slipped up, and get re-aligned.

Short and Sweet: How To Network Effectively

Much like an informational interview, networking is rarely about making an ask or getting a job offer. A good strategy is to start small with a 15-minute meeting, figure out three questions, and end on time. Some people make the mistake of asking for mentorship right away, but it’s important to get to know each other first. Wait until you know, and trust each other before taking the relationship to the next level.

If you reach out to someone and don’t hear anything back, don’t let it kill your confidence! It’s okay to follow up a couple of times. When people are busy, these small requests get lost in the shuffle, and there’s no reason to take them personally. If nothing else, you’ll show that you can take the initiative and are intent on making a connection. If this isn’t a good time for them, you might open up new opportunities by asking if there is anybody else they would recommend.

While your approach to networking conversations doesn’t have to be “salesy,” it’s still a numbers game. Get in the practice of sending out five to ten requests at a time, and notice how many people tend to get back to you on average and how many meetings you’re likely to book each time. Then, when you have specific asks, you’ll know how much networking activity will take to accomplish your goal.

Help Your Coworkers Get to Know You

At the end of the day, internal networking is how you get more engaged and involved with what’s going on in your company. You become more visible as you gain visibility into different departments and aspects of the organization. Networking is an investment in your career, just like school, certifications, or training.

At Mulberry, we keep supporting candidates long after they’ve been placed in new positions. So get in touch with us today, and let’s discuss your next steps to move your career forward.